About ken & Grind Organization
Ken Ayugai was born 1970 to a Japanese father and German mother, near the ?sh market in down town Tokyo. Soon after birth, his parents took him to be raised in Riverdale, N.Y. until the age of 9. Thereafter he spent most of his youth in Tokyo, except for one year in 1986 when he returned to New York and started his ?rst band at the age of 16. After his return to Tokyo he entered the prestigious Gakushuin University, the designate university for the Emperor's family, where he studied law while playing in a Heavy Metal band. His band "Bump'n Grind" released two albums before their split up in 1999. During his University years, Ken also made his TV debut in 1993 as one of the ?rst VJs of the newly established MTV Japan. He has been an active player in the Japanese entertainment industry ever since as Musician, Actor, Radio DJ and TV personality, etc.
大晦日の日、2013年を盛り上げてくれた楽曲を9時間にわたりカウントダウン！
今年の最後を締め括るスペシャル・プログラムのVJを務めるのは鮎貝 健♪今年あなたが一番聞いたあのナンバーは果たして何位にエントリーされているのか？国内外の音楽シーンの総決算、それぞれの一年を振り返りながらMTVと共に年越しを！
そして来年もMTV共々、鮎貝 健をよろしくお願い致します(^。^)/♪
On Air : 2013/12/31 [火] 13:00 – 22:00 Only on MTV!! 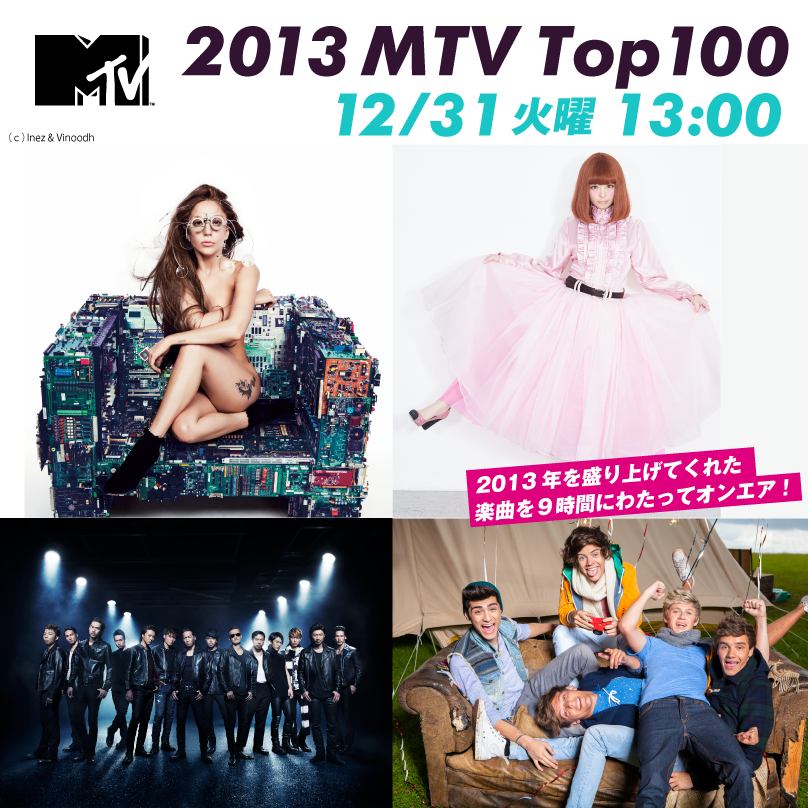