About ken & Grind Organization
Ken Ayugai was born 1970 to a Japanese father and German mother, near the ?sh market in down town Tokyo. Soon after birth, his parents took him to be raised in Riverdale, N.Y. until the age of 9. Thereafter he spent most of his youth in Tokyo, except for one year in 1986 when he returned to New York and started his ?rst band at the age of 16. After his return to Tokyo he entered the prestigious Gakushuin University, the designate university for the Emperor's family, where he studied law while playing in a Heavy Metal band. His band "Bump'n Grind" released two albums before their split up in 1999. During his University years, Ken also made his TV debut in 1993 as one of the ?rst VJs of the newly established MTV Japan. He has been an active player in the Japanese entertainment industry ever since as Musician, Actor, Radio DJ and TV personality, etc.
この10月にスタートして以来、大好評！100%洋楽のバラエティー番組MTV「WORLD GROOVE!!!」のオフィシャルfacebookページが遂に立ち上がりました！
番組の情報はもちろん、番組の裏話、番組では“いろんな事情”で放送できなかったエピソードなども随時アップしていくので是非チェックして下さい(^^)/♪
World Groove!!! on facebook→ https://www.facebook.com/mtvwg 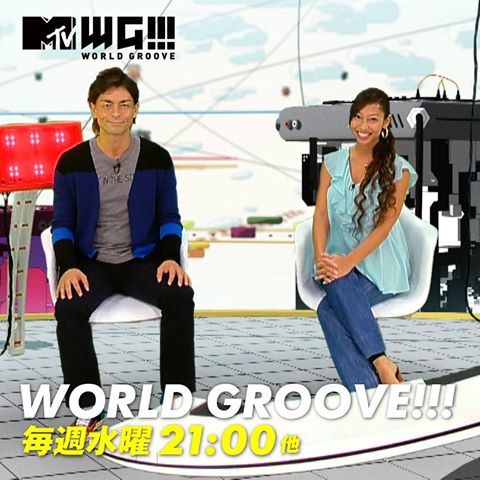